Kiki is going to the repair shop today to get fixed up. Not sure why she won’t start up, but hopefully it won’t cost too much. Of course BMWs are expensive to maintain, but luckily this is the first time for repair. Fingers crossed!

So, I rinsed her off today, which is maybe the third time (in 10 years) that I have done that. Usually it’s the rain that does it… hey, Kiki’s a GS. She’s meant to have a bit of dirt on her, right?

So I decided to go on a nice long ride this past weekend and visit (briefly) a few states that I’ve never ridden in before. In fact, it was my first time ever to visit Arkansas and Oklahoma! You know, Texas is so huge that it takes quite a while to reach any border if you live in the center of it, which I do. However, I love long-distance riding and since I had two days free I figured I would do it! 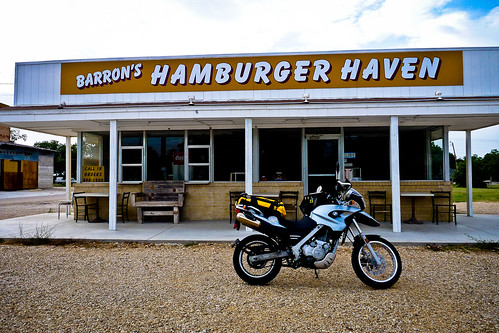 My route took me east on Hwy 79, and actually continued the length of it into Louisiana. From there I continued north into Arkansas and to my stop for the night in Murfreesboro. The next morning it was off to the Ouachita National Forest and Oklahoma before heading back south and home again. All in all, I traveled about 1,040 miles, 30 of which were because I missed a turn off to Hwy 79 on the way back. Doh! 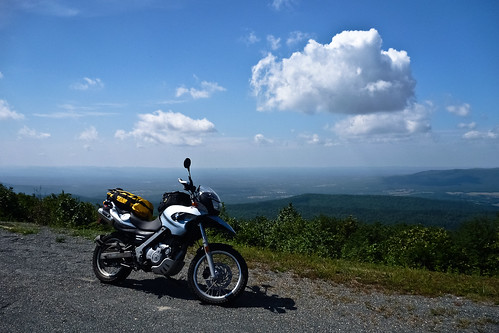 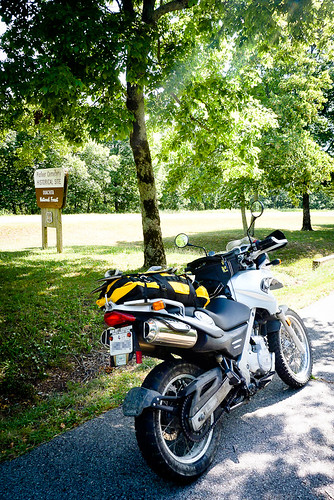 My favorite part of the ride was definitely the forest area in Arkansas and Oklahoma, and Talimena Scenic Drive in particular. There were lots of nice vistas and plenty of clean air and I wish I could have spent more time there. And the riding around there was super! Lots of twisties and elevation changes to keep things fun. Not everything went smoothly, though, but at least it was nothing major. The USB to cigarette lighter adapter connection came loose and wouldn’t stay tight which meant I couldn’t have my GPS running all the time. I blame that for my 30 mile detour. I have batteries in the GPS, but they ran out of juice quickly. Secondly, one of my earpieces on my earbuds went out which meant no music on the way home. Lastly, when I arrived home I dropped my bike in the driveway. Ouch! I bent the handguard and the bike suffered a few scratches (adds character to a GS) but no real damage. I did manage to lift the bike up on my own so at least I know I can do that. 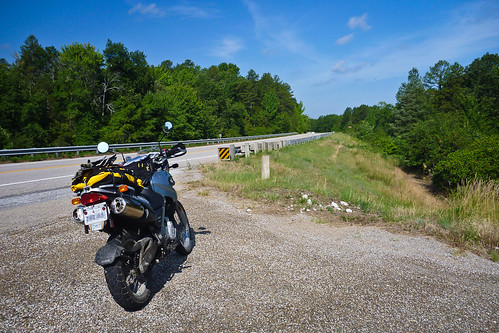 At any rate, it was a really fun trip and I can now put on three more state stickers on the bike! I’m up to five: Texas, New Mexico, Louisiana, Arkansas, and Oklahoma. 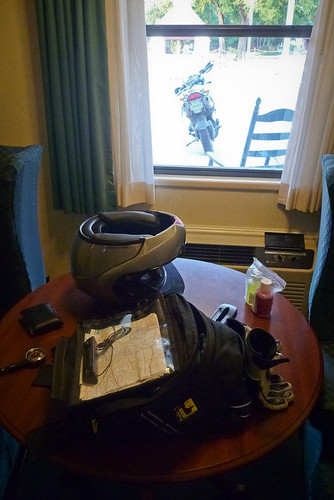 Kiki is nearing the 12,000 mile mark which means a bunch of service needs to be done and I’m trying to do most of it myself to save a bit of cash. One of the things I haven’t done before on the GS is change the spark plugs. Although my bike is a single-cylinder model, it’s a “dual-spark” which means there are two spark plugs. I decided to use the stock NGK DR8EB plugs as replacements and the price for these were about $4.50 each as opposed to an Iridium plug which goes for upwards of $20. Too pricey for me and the performance difference is debatable. 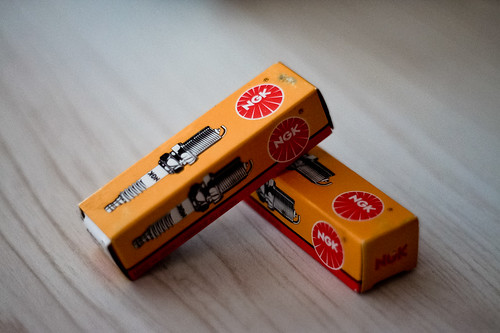 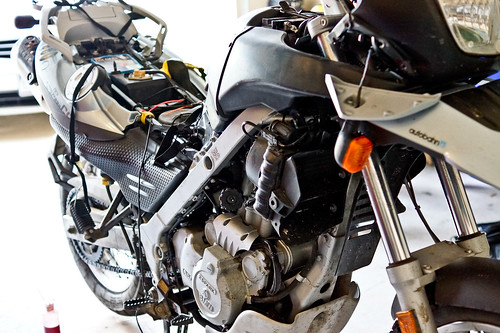 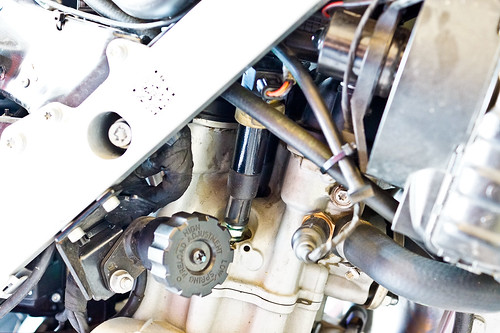 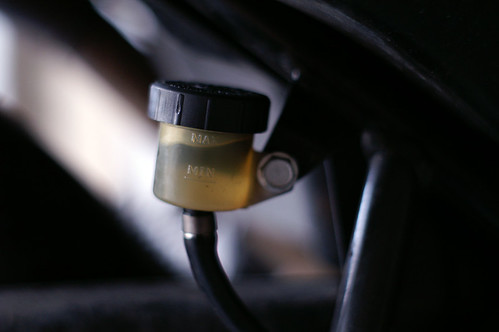 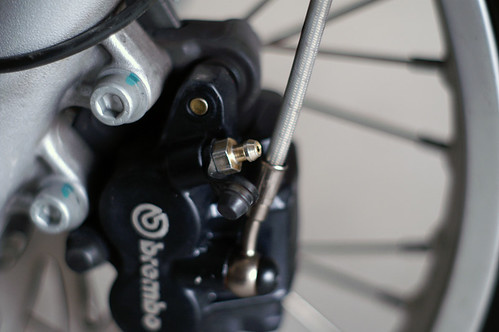 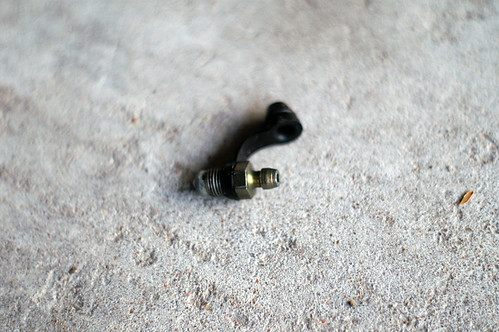 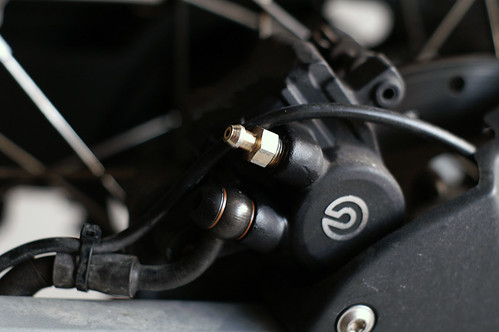 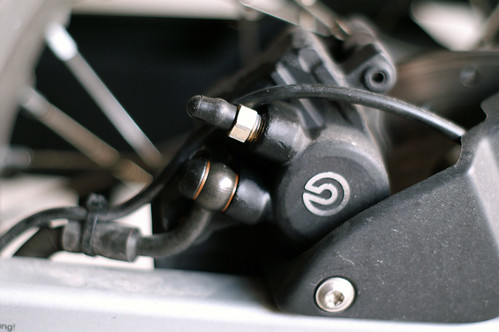 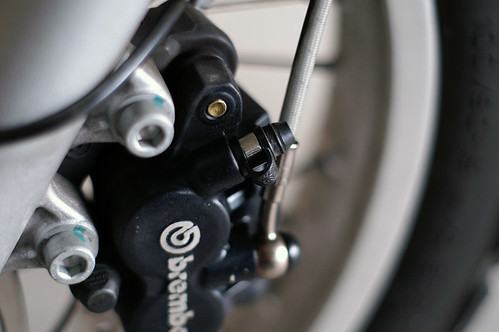 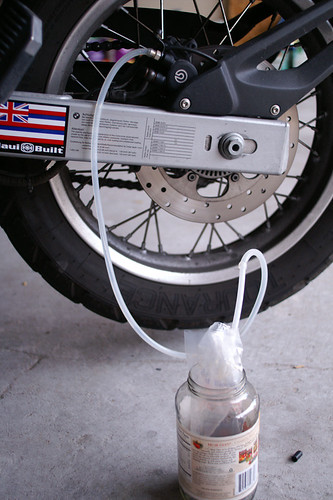