Beautiful sky and clouds today made for a wonderful ride! 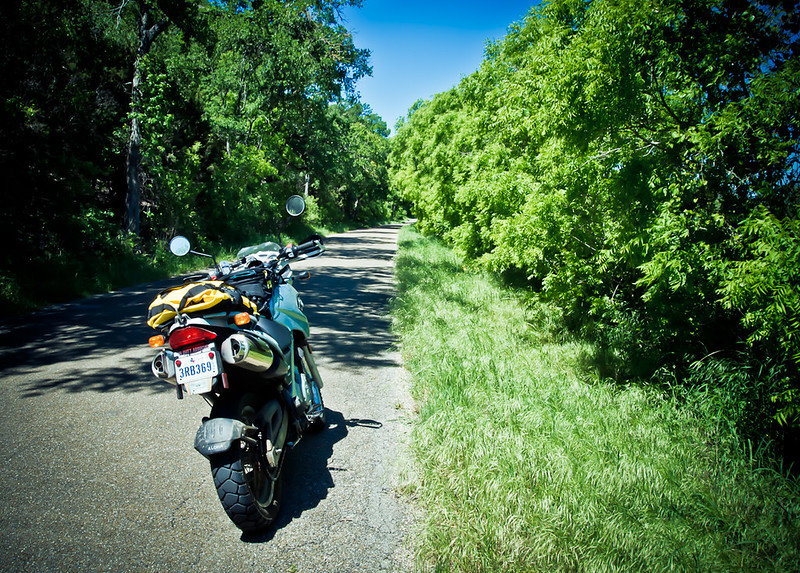 Went for a nice Sunday ride a little north from my house. It’s a route that I enjoyed before and the weather was good, so I knew it would be a good little trip. The highlight of this route is from Maxdale Road, south of Killeen, heading west. Along the way, I took a small road that roughly follows the Lampasas River. After that, I found a gravel road which was a lot of fun to ride. 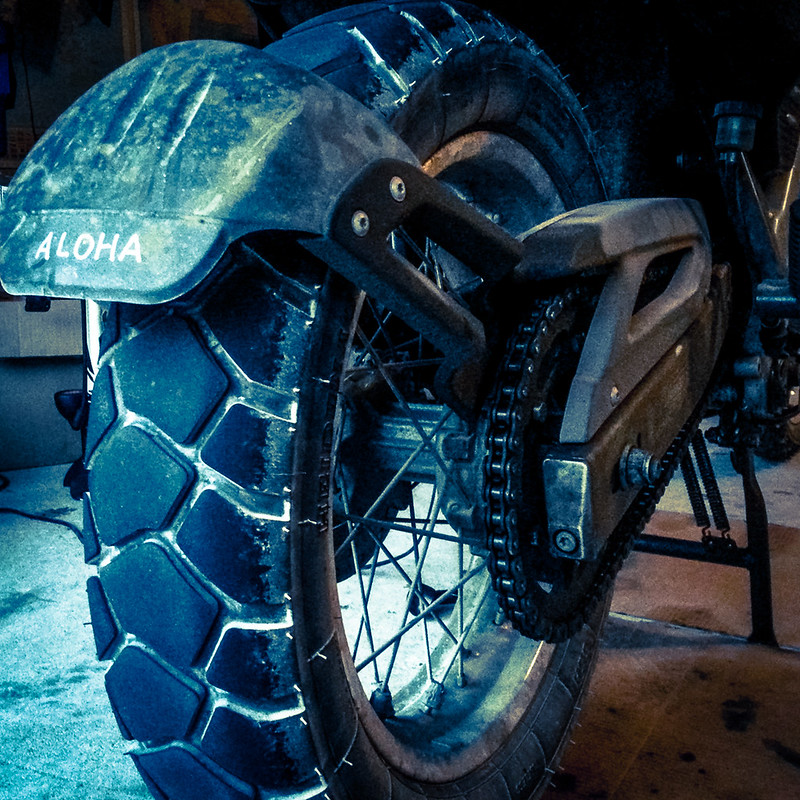 I got Kiki kind of dirty, but I think a dual-sport motorcycle should not be too shiny and clean. Kiki is getting a little grimy because of the ATF lube, but it’s not causing any damage or safety issues. 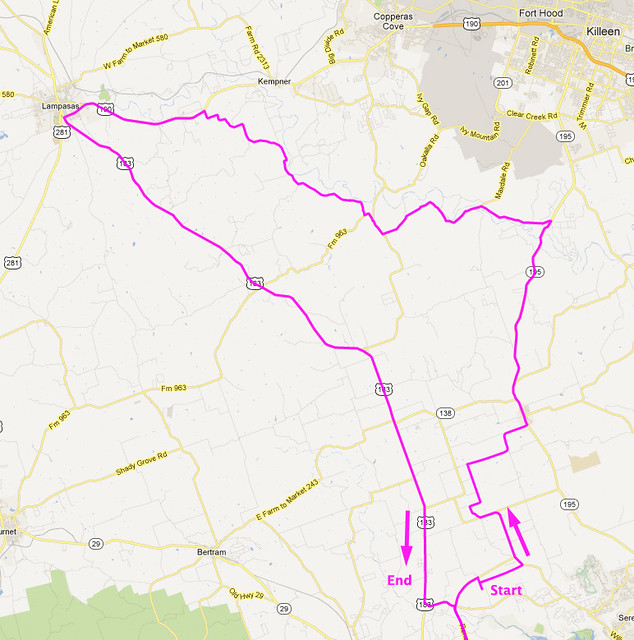 A fun ride, one that I will definitely be doing again when I am up in that area.

Another great vid from MotoGeo.

Nice ride this morning! Lots of motorcycles out there. Probably getting ready for MotoGP! 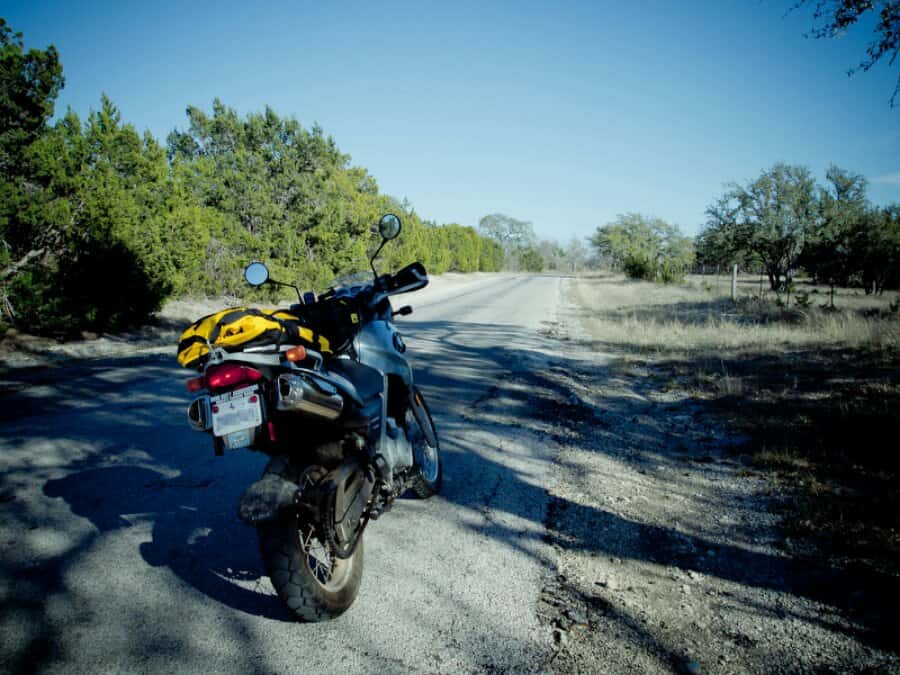 Kiki and I went out for an afternoon ride close to home. The weather was great, about 72Â°F and sunny and I saw plenty of other motorcyclists taking advantage. Such fun! The ride was 47 miles.

Just got back from a quick night ride around the neighborhood but it was so fun! Good to get out on two wheels and even open her up a bit. Just gotta keep an eye out for those damned deer!

How come New Zealand is so beautiful?

Rode around the neighborhood at lunch and ended up at the skatepark. Didn’t even know we had one! 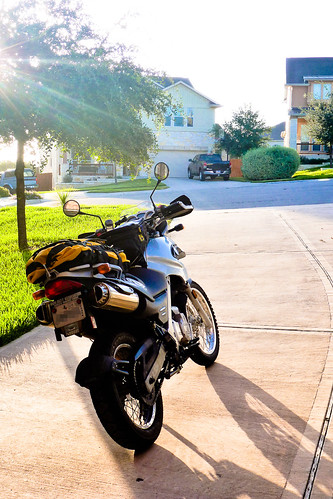 This morning I went on a ride, but didn’t really have a set route. It turns out I rode some new roads and visited a few favorites. Which is fine by me! The weather this morning was nice, starting out at maybe 78Â°F with some light clouds and a nice breeze. It was beautiful! I accidentally took a wrong turn and thought I was going to go down 2222 but it was actually Anderson Mill. Go figure. Oh well, that meant I could head south on 183 and take Old Spicewood Springs which I haven’t ridden for a while now. That would eventually drop me out at 360. Old Spicewood was fun as usual, with almost no traffic on this Holiday weekend. After that I headed south on 360 and noticed that the police were out in force pulling over speeders. I always try to keep my speed at or below the posted limit but you know with a bike it’s a little harder to regulate a consistent speed. But I did ok today and the police pulled over the giant SUVs and left the fellow motorcyclist alone. 🙂 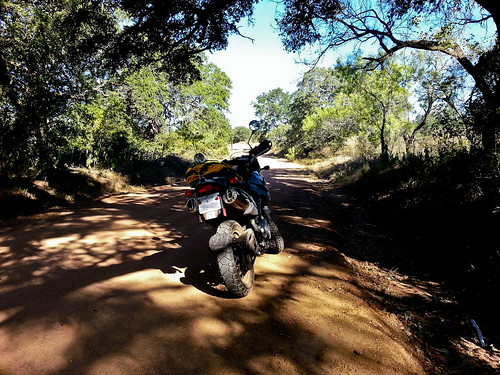 After 360, I took Bee Caves out toward the Hill Country which was kind of the general plan that I wanted to go with. Vague, I know, but I had a morning pass from the familia! I thought about going down the road towards Hamilton Pool and Pedernales Falls, but kept on going up 71. As I passed over a couple bridges I saw that the water level was really low, if not completely dry. Therefore I decided to head to CR310 and do some light dirt. I figured I wouldn’t have to worry about any water-crossings today! CR310 was fun and sure enough, the water crossings were dry. It was a little sad because we are having such dry weather, but as I looked at the dried-up algae I thought I could live with it today. I continued on CR310 to a section I hadn’t been on before (CR308), and enjoyed it a lot. Riding on the gravel is so fun. I found my way back on the pavement at Farm Road 3347 for about 50 feet and then more dirt! 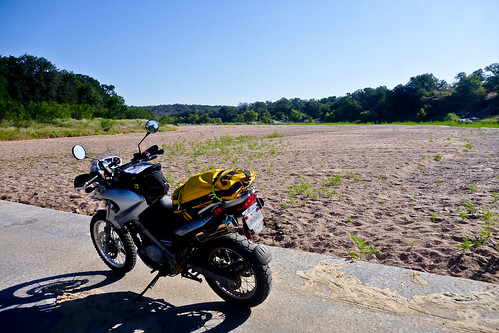 This road goes by the 3347, CR310, and the Althaus-Davis Road. It’s fantastic! And exciting too. I was riding along when a large snake, about a 2-footer slithered across my path and reared its head right before I ran over it. I looked in my mirrors to see if it was dead but I didn’t see anything! The thought crossed my mind that the critter could be latched on to the bike and/or my leg, so I stopped the bike, jumped off and had a look. It was nowhere to be found. I guess when I ran over it, the snake just got pushed into the dirt and kept on wiggling to the side of the road. My heart was still racing a bit as I continued on and was interrupted by a group of about 7 birds crossing the road in front of me. They looked like a cross between a turkey and a roadrunner. I stopped to get a better look at them but they had disappeared in the brush. 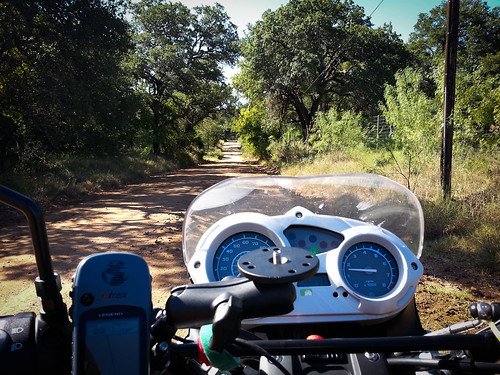 The gravel eventually gave way to pavement and turned into Althaus-Davis Road. This is a really fun stretch. Definitely a road I’d like to come back to. In fact, I thought about turning around and doing the road again from the opposite direction. I kind of wanted to look for that snake too. But I continued on to Willow City and since the sign for Willow City Loop was staring me in the face, I decided to ride it for the third time. No wildflowers this time of year, but still some great views of the Hill Country to be seen, and no traffic!

After the loop (which isn’t really a loop) I headed to Llano and then west on 52 to the small town of Castel. It was around noon by now and time to head back. It seems that I always end up on Hwy 29 for the ride back, and this was the case today. It’s a straight shot over to Reagan/Parmer and then home. Really a great ride and Kiki seemed to like the fresh engine oil and new battery. Boy do I love my motorcycle! 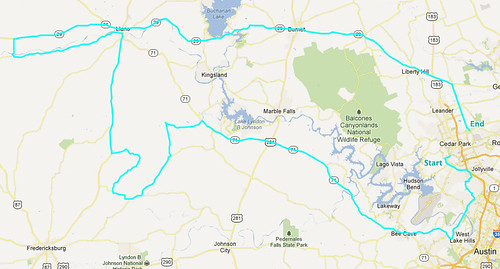