On Fathers’ Day morning I went out for a ride that I found out about on Two-Wheeled Texans. It follows Old Hwy 20 which runs roughly parallel to Hwy 290 east of Austin. It’s a pretty nice ride with a couple miles of hard-packed dirt. That’s the part I was really looking forward to actually. I haven’t really ridden off-pavement so I was pretty excited to ride on it. The Metzeler Tourance tires did fine on the hard dirt; the bike never got squirrelly except when I hit a larger stone. I even got to stand up on the pegs (even though I didn’t really have to).

Another nice thing about Hwy 20 is that the route goes past pine trees, which are not common in Texas, at least central Texas. The pine trees smelled so good too! 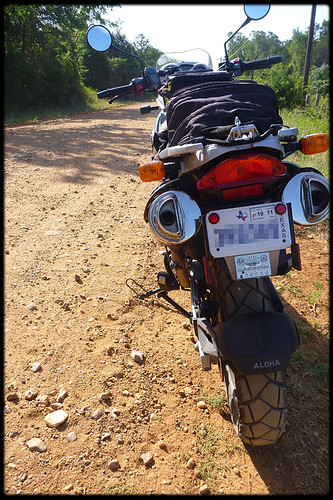 One part about the ride that I didn’t enjoy was that I had bought a coolmax skullcap. It’s supposed to act as a helmet liner which will soak up the sweat and keep your helmet padding cleaner. Well, about an hour into the ride I started getting a headache and it got worse and worse. I was thinking it was because I didn’t have any caffiene yet or that I was getting dehydrated or something. I was actually drinking plenty of water, and the headache didn’t feel like it usually does when I skip my morning coffee. Plus it was a little early for the caffiene withdrawal to hit. So eventually I figured out that it must be the helmet liner. Sure enough, as soon as I took it off, the headache went away and the ride was enjoyable again! I guess I got too small a size or something, which is a disappointment because I spent $10 on the thing. 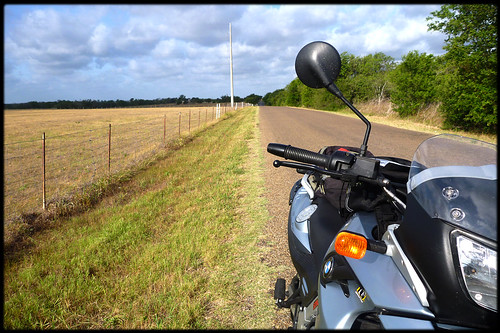 I learned a couple things on the ride. First, riding on the hard-packed dirt is fun! I also learned that the footpegs on my bike are too narrow. Most people replace them with wider pegs. Standing up on the pegs is really fun too, but you need to kind of use your knees to stabilize yourself against the tank. Also, you can’t look in the mirrors when you are standing up! I’d really like to take some off-road classes sometime. Maybe for my birthday I will ask for some as a gift. Would be really cool! 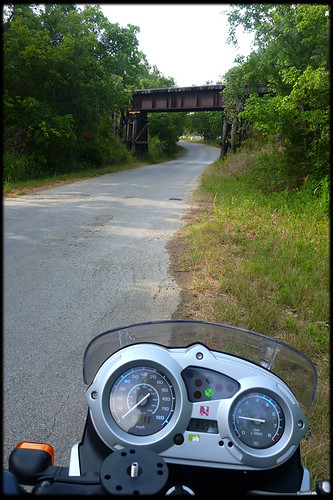 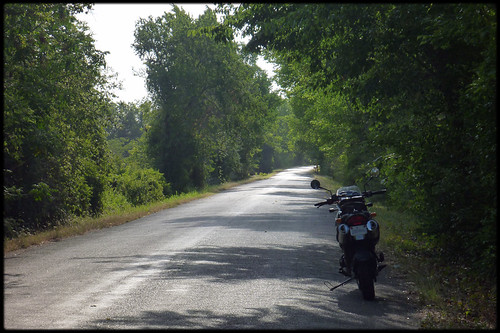 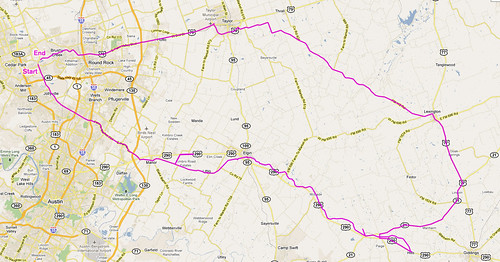