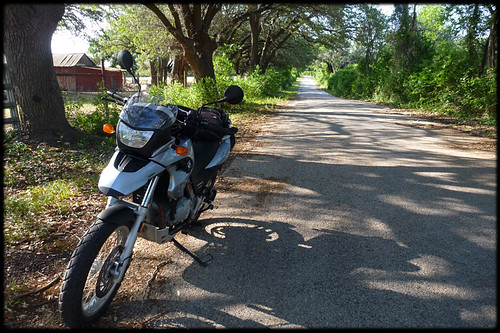 Had a great ride this morning! I decided to explore some back roads relatively nearby which I haven’t really done before. I usually zoom past the side roads while putting miles on the bike, and since I’m going the speed limit (around 60 mph) I don’t have enough time to slow down and turn in. Plus u-turns were a little sketchy for me. But since I’ve been practicing slow-speed manouevering a bit, I am a lot more confident doing those u-turns. And the fact that not being able to flat-foot both feet is not a worry anymore (I usually shift to the left and get one foot firmly planted, which is perfectly adequate) makes these smaller roads more accessible to me. At any rate, I decided to just wander around the area with a loose plan of where I was going. Basically take 1431 to Nameless Rd., left on Round Mountain Rd. and from there make my way up north of Liberty Hill. 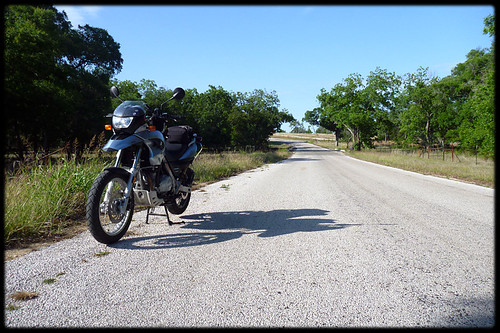 It was a little cold and I was wearing my mesh jacket, so I was shivering a bit until the sun came up a little higher and started to heat the air up. I was happy to have the heated handgrips! But soon it got warmer and I was really enjoying the ride. It was nice to ride the small back roads at the slower speeds. There was hardly any traffic so I could ride whatever speed I wanted to, which was usually around 35 mph. Riding slowly like that has some advantages. First, I didn’t have as much cold wind chilling me. But more importantly, riding slowly lets me take a look around at the scenery. The back roads I took today went by ranches and farms so I saw lots of horses, a few cows, and several goats. Also, traveling slowly makes stopping to take photos a lot more convenient. The fact that there was no traffic meant I could just pull over to the side of the road and not need a turn-out. The times I did stop, I didn’t see a single car or truck pass me. It really felt like I was in the boonies! 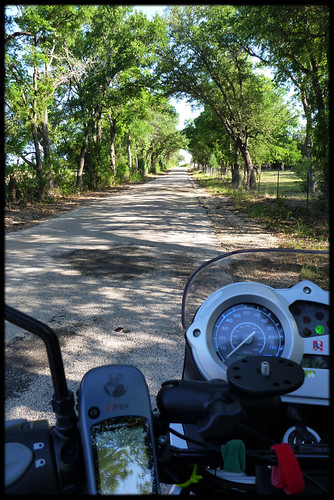 Riding a motorcycle fast is certainly fun, but I really enjoyed slowing down and taking in the sights. I’m working my way up to gravel/dirt roads in the future and I’m sure there are even more cool sights to see farther off the beaten track. 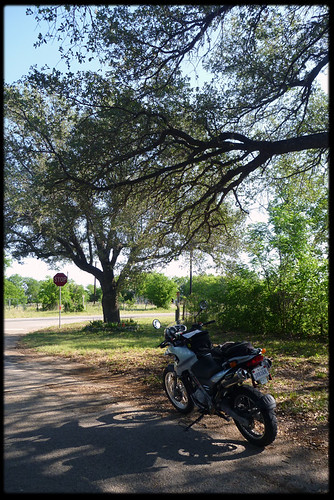 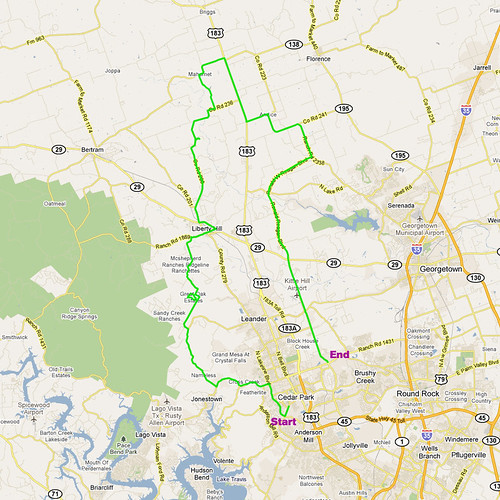 One thought on “Riding Back Roads of Texas”