The “new” G650 GS has been announced, and it looks pretty cool. It’s basically the same engine and frame as before, but with updated body plastics, headlight, and dash. I really like the updated look, which brings it in line with the F800 and 1200 GS bikes. It’s got the asymmetrical headlights and a digital readout on the dash. Apart from those details, there’s a slightly smaller fuel tank, heated handgrips are optional, and instead of spoked wheels, they are cast. These may be an upgrade to some, or a downgrade to others. Still, I’m glad BMW is keeping the single-cylinder bike going and many parts should be exactly the same. I’m wondering if that two-tone seat will fit on my 2007 GS? 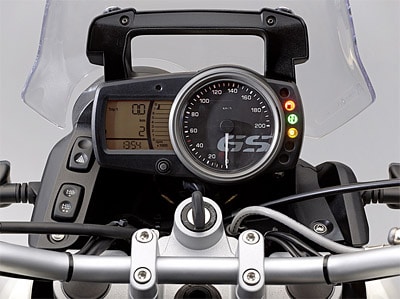