This morning I decided that instead of heading out for a long ride, I would just ride around Austin and take it easy. It was a beautiful morning, with relatively cool temperatures. First, I hopped on the freeway (first time riding on the freeway actually!) and rode down 183 and stopped at a Starbucks for some caffeine. A double-espresso down the hatch and I was off again. I rode down Loop 360 and decided to take a photo by the Pennybacker Bridge. I was making a u-turn when I misjudged the angle of the ground, and then bike came down. It’s funny because I was thinking I could make the u-turn before some oncoming cars came but decided to play it safe and come to a stop and let them pass. When I put my left foot down, it was a bit lower than I was expecting. I knew instantly that the bike was going down, so I hopped off, then reached down and turned off the bike. I was getting ready to lift up the bike when a driver pulled next to me and offered to help. I said sure and while we were righting the bike, he says, “Yeah, been there, done that.” It’s good to know that motorcyclists tend to look after one-another. Well, here’s the picture of my bike and the bridge. At the end of this post are the photos of the damage to the bike. 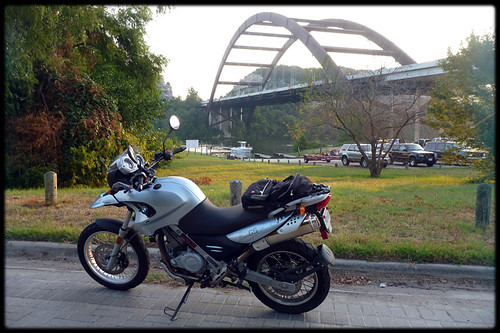 After the photo break I continued south on 360, then took Bee Cave to Barton Springs, then rode around South Congress and downtown. Pretty fun to ride in the city with tall buildings on either side of you, especially when there is no traffic. Then I rode up Lamar Blvd, made a left on 35th and rode by Mount Bonnell. 2222 up to Volente and then back home was tons of fun. Lots of twisties. The video above is the short stretch on 2222 above The County Line BBQ. 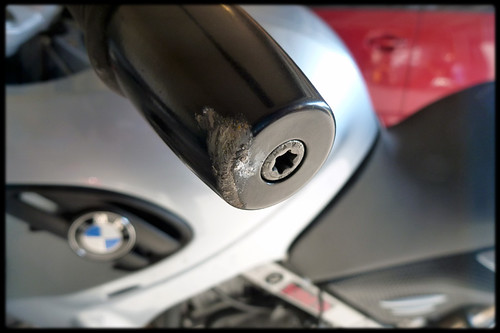 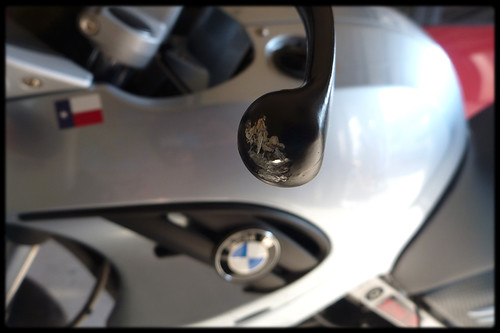 4 thoughts on “Riding Around Austin”