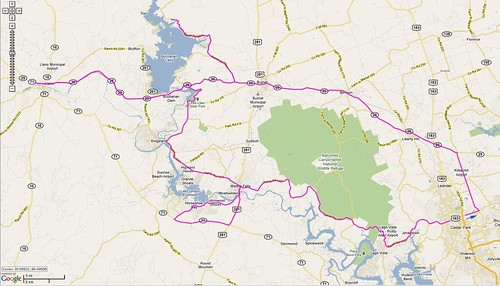 My wife granted me the entire Sunday morning to go riding and I decided to go west again, with my rough destination being the area around Inks Lake. I have a Texas State Parks pass so I thought I might visit the park for a break before heading back home. As usual, I left the house at around 7am. The sun is coming up earlier now so I can head out the door probably by 6:30 soon. I like riding when it’s dark out, but it’s pretty dangerous around here because there are lots of deer and other critters active in the early morning hours. Instead of making coffee at home, I went to the local coffee shop and had a double-espresso and a banana. I figured that would get me going and I would pick up something later on to eat at Inks Lake. 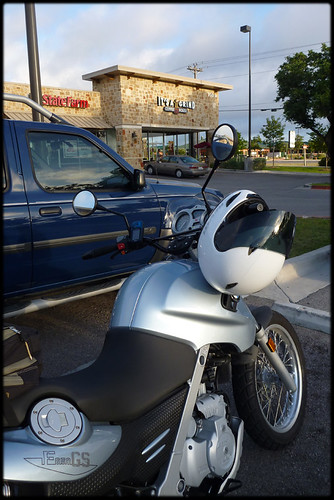 After fueling up my body and bike I rode up Ronald Reagan Blvd to Highway 29, then west past Liberty Hill and Bertram. I stopped to take a photo of the little train station in Bertram and almost dropped the BMW while going over some gravel and rock. Well, it wasn’t that bad but it got a little squirrely. 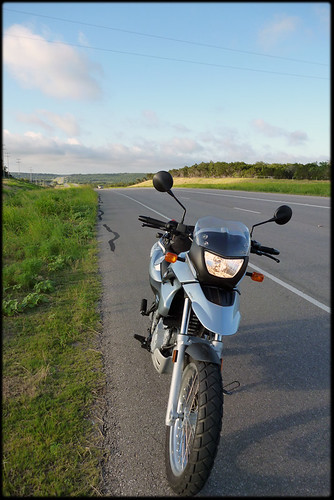 After that I kept heading west, enjoying the cool morning air and light Sunday morning traffic. My new dark faceshield is excellent, by the way. Really clear and improves vision quite a bit. 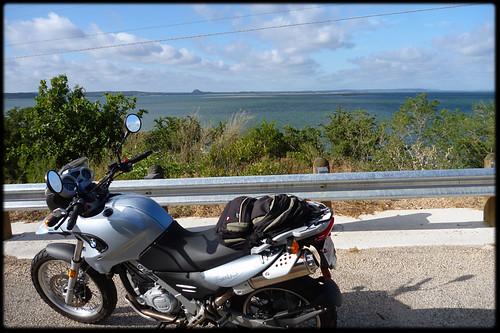 I took a right at Hwy 690 and took that lovely curvy road along the north shore of Buchanan Lake. But the curvy road soon had signs that indicated “Loose Gravel” which kind of freaked me out, so I turned around and headed back to Hwy 29 and then further west. I passed the Buchanan Lake Dam and for some reason kept going all the way to Llano. That stretch is not too interesting, but there are a couple stretches where you can really open up the throttle (if you are into that sort of thing). 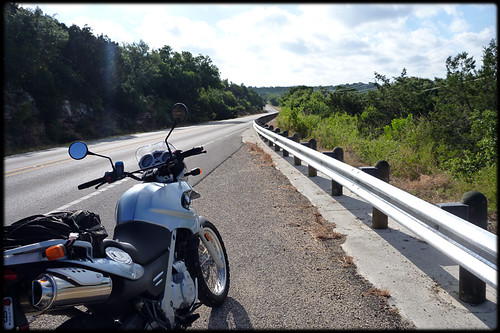 In Llano, I gassed up again then backtracked to Buchanan Lake and then took the road to Inks Lake. That road to the park is really a nice ride, with some 30mph hairpins and elevation changes. I saw a few other motorcyclists on this road, all having fun it seemed. When I got to the entrance to the park, I didn’t really feel like stopping (I was having too much fun) so I rode past until I hit 1431 near Kingsland. I found a scenic overlook and pulled over to have some water and take a few photos. The view was really nice. 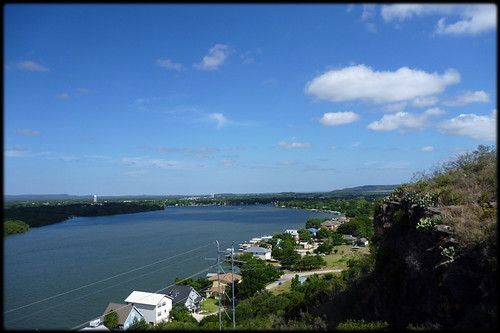 After that short break I went through Marble Falls, then did a little loop around Horseshoe Bay and saw some really nice homes and exclusive neighborhoods. It was about 11:30 by then (time flies!) and I started back home. Taking 1431 from Marble Falls to Cedar Park was great fun as always. It’s like being on a rollercoaster, and I kept the bike in 4th gear and the RPMs from 4,500-5,500 the whole way. It was a blast. I think for a future ride out that way, I’ll pack some food and have a little solo picnic. Maybe even pack a fishing pole! 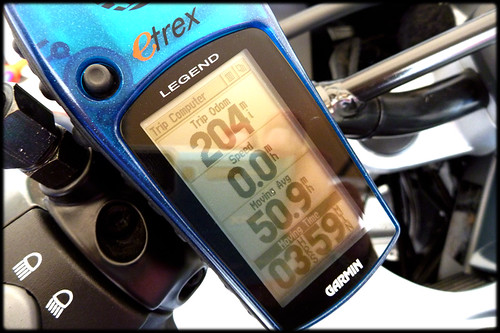