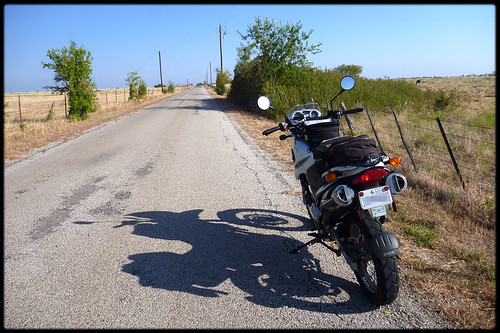 Went for a nice morning ride on some roads I’ve never been on before. First I rode up Lakeline and then across to Bagdad Rd. I had been on those before of course, but I hadn’t taken Bagdad north all the way to Liberty Hill. That’s a fun road! Then north of Liberty Hill I traveled on some county roads, some of which I think I’ve ridden before. It was a really relaxing ride, and I saw lots of cows! 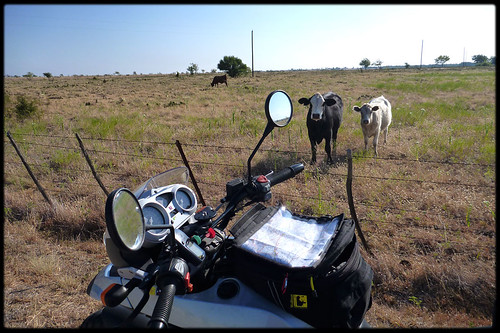 What a great Sunday morning. 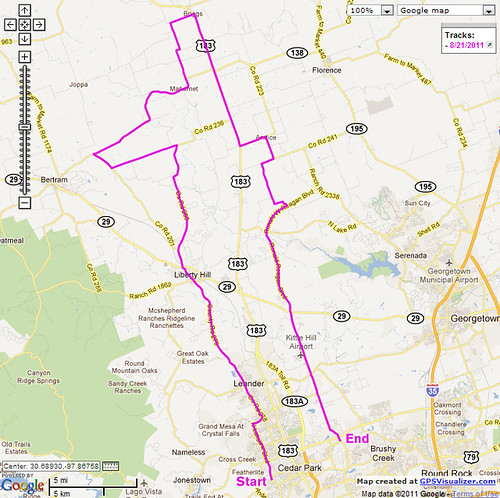 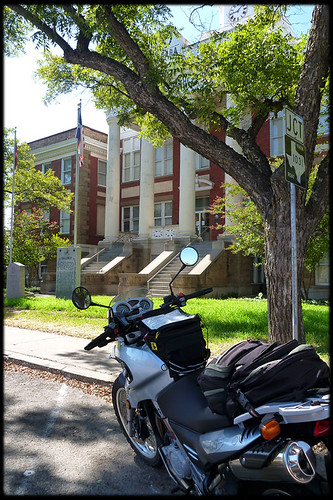 When I finished my Saddlesore 1000 I thought that I was done with long, fast rides. But for some reason I felt like going on another one (a long ride, not a SS1000), so I looked at Google Maps and decided to head back out to Brady and then back. I kind of wanted to ride on HWY 71 to see what it was like. On my SS1000, I decided against riding on it in favor of traveling on HWY 29 which I was familiar with. Actually, 71 would have been probably better. There are less trees and the ones that do exist are set back farther from the road which would make it safer from a wildlife perspective. Anyways, 71 is a fun road but it was starting to heat up (probably around 95°F at the time) and my left earplug was starting to make my ear ache. I pulled over in the small town of Pontotoc and took a little water break and adjusted the earplug and I was good to go!

When I arrived at Brady, my fuel odometer was at around 171 miles so I gassed up and took another short break. It felt like I was back on the SS1000 again as I took off looking for HWY 190 which would take me back east towards San Saba and ultimately to HWY 183 and back home. San Saba is a little town with lots of Pecan groves and it would be nice to visit and explore a bit when more time is available. It’s also close by Colorado Bend State Park which seems like a great place to camp. I stopped and took a quick photo in town and then continued east. At this point I was just enjoying the scenery, but realy wanted to get home and out of the heat. I was looking forward to getting some ice-coffee at home and then taking the kids to the pool since it was another hot one in Texas! 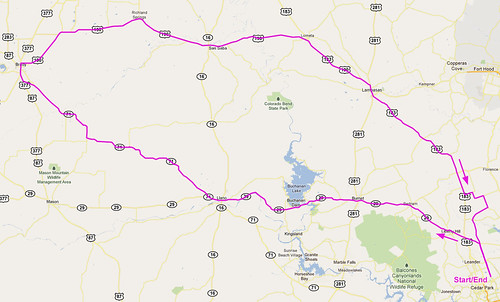 I’ve been enjoying nmtr220’s videos quite a bit lately. I really like seeing the backroads of Japan. I’d love to tour that country by motorbike someday!